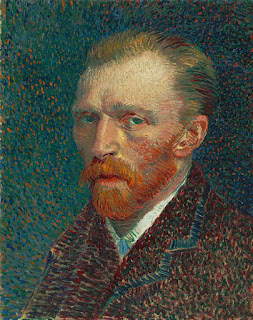 There is an old woman next to my house who watches on TV every night so as not to miss how her zodiac sign will go the next day.

What a very pretty blonde says- Lady Blanquet- and without the appearance of a witch- is a holy word for my friend the old woman.

If what the girl says of her sign has some negative flavor, my friend locks herself in her house and does not receive anyone, less me. She fears that a dog will come home and bite her and that if it rains some lightning will fall and split the ass ...

Of course my friend the old woman goes to mass every Sunday but not before confessing to the priest:
-Good. Ter ... The day of San Telmo is approaching and we need your collaboration ...

-Forgive me, Father. But the Horoscope girl predicted that those days are bad luck for me. Wait for those bad days to pass and the forecast is good. Able to drop money or inherit some property ...

- It's okay, Sister. Resguársese in your house in those days that we will arrange it with others of the community that are not of your sign - the priest said with the patience that the years had given him to intercede with the catholic dates and the signs of the Zodiac. It was a competition in which he always lost.

When I arrived in Uruguay before asking me the name, my young cousins asked me what sign I was:

-I think Aquarius, if I'm not wrong- I said hesitantly.

- Ahh. Aquarius. Poor little cousin. It is a sign of Water. Aquarians are very sensitive, they suffer from mental illnesses, they are artists -especially they like philosophy- and they have to look for some other compatible sign to combine as a couple. Example: Gemini and Libra.

- Then I'm lost! - I replied with respect but almost about to laugh.

-You can not do anything my cousin. That is already written from your birth. You know, it's because of the position of the planets and all that stuff.

Then I met a lawyer who after asking my name told me:

-In what day and month were you born?

-Yes. Already. You want to know what sign I am, right? Well, the Chameleon!

And I left him with the word in his mouth, perhaps thinking that which sign was the one he did not know.

Psychiatrists seeing the impact of the signs of the zodiac in the population are already recommending to their patients with minor personality disorders that they pay attention to Lady Blanquet and thus save the ton of psychotropic drugs and then more drugs to counteract the side effects of these . They have had to recommend their patients to follow the predictions of the zodiac because they do not know what to do anymore.

I think my Aquarius sign does not influence me at all: it has given me lately to paint oil paintings of sunflowers like Van Gogh - they look so "cute", I have been hospitalized like 7 times in psychiatric clinics and now I have given to read to a German writer called "Ludwig Feuerbach"

By the way. I think that horoscopes and zodiacal signs hasve a sense of shit... in myself.