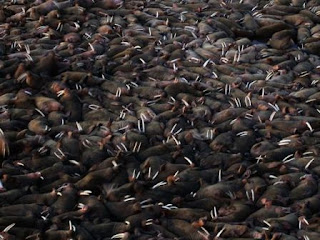 When I was doing residency in my specialty in the first few months they declared Guantánamo as the venue for the celebration of the national act for one more anniversary of the assault on the Moncada or July 26th barracks. The head of my specialty department sent me to take care of a congregation of mature male militiamen as a doctor.
It was a Basic Secondary of those that built the regime all over the island to separate the children from the parents and subtract them from the family education they received, even traditional type, and not the Marxist-Leninist with Russian language teaching and everything else
I was assigned an ambulance with an old and friendly driver who told me that all the high schools in the camp were free of students to house all those communist militiamen brought from different cities of Cuba. Neither did the Commandant forget to offer the propaganda that all the people supported him.
I arrived at school with good humor and a sense of glad. I was assigned to the enfermary that was bare-just cotton and a little gauze. After settling in, a group of young women dressed in civilian clothes came and told me that they were members of the Comandante support group. They brought me all the medical supplies that were needed: scissors, Kosher tweezers, suture thread, needles, alcohol. Etc. and several jars with lid where I had to collect samples of breakfast, lunch and dinner in case it declared a massive diarrhea or food poisoning, investigate in the corresponding jars that I should keep in a frizer.
That night the officers who directed the contingent arrived, all mature. At the time of giving the Mexican fashion novel that had everyone stuck to their TVs for an hour, they first discussed with each other if I could go with them to an office with a color television or not. I had to watch the novel with the poor militiamen in black and white TV.
The next day: Castro's speech and in the first row all the militiamen and women who were in all the high schools of the province. And how they applauded every blunt phrase of the Supreme Chief. And I looking through the black and white television.
The Secretary of the PCC who had Guantanamo for centuries was eliminated by another, no more, without consulting the people or making elections-the truth was that the people were already rotten from the old and were the vox populi of their farm in the intricacies of a mount where a mansion with swimming pool and exotic animals and birds was built.
When it was over, the crowd dispersed and the militiamen returned to the High School, hungry and thirsty. After being satisfied, a bus came and everyone left. We were the driver of the ambulance, a very young white recruit and me.
The recruit entered the kitchen and called me:
-Come to see this!
What I saw filled me with amazement. Dozens of dead pigs, peeled, disembowelled and about to be cooked. Round cheeses, hams legs hanging with hooks from the ceiling. Things that I had not seen for years.
- We're going to take one of each of these things for our families.
"What about the ambulance driver?" I said.
- Good. Agree.
It seemed that everyone had dropped out of school. So we loaded two piglets for the ambulance, slices of cheese and a whole ham for each one. The driver happy with that wealth that fell from heaven and all with the support of the two of us.
I left the recruit who was looking for a jeep apparently to carry everything that fit the provision that Castro had unwittingly put in our position.
The ambulance driver took me to my house and we went through the garage so no one could snoop around our cargo. When the driver left and my wife saw everything that booty said:

Fidel wanted to benefit his faithful applauding seals and does not know that he gave us a gift, although stolen, to some who did not agree with his chatter.
Posted by Orlando Vicente Alvarez at 6:30 PM No comments: 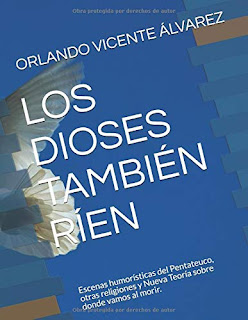 OUR HEN CUCA IN CUBA

Being in Cuba during the special period of generalized hunger-less the leaders of the PCC-my wife managed to buy a chicken on the black market.
I thought she was going to provide us with eggs and because of her looks she looked like a good layer. It was busty, with wide plumage on the sides, even had good legs. That's why I decided to call him Cuca as my mother-in-law's name.
At first my wife got angry but my little children liked the name and Cuca stayed. She got so used to the name that we called her that and she ran after us saying: "Cocó, Cocó".
My wife would lock her up every night in a drawer drilled in the kitchen because the thieves were the terror of the neighborhood and ended up with all pigs, poultry and even large dogs. The cats were also disappearing, perhaps in the stomach of some.
In the morning Cuca woke us up with a Co-Co-which was like antique watches. My wife got up and went up to the terrace where she tied her with a small rope and put a bowl of food that we all saved Cuca. The boys treated her like she was a pet.
Cuca put a daily egg that at that time was a respite for the boys. And she cackled for her deed so that all of us and our neighbors knew that there was one more egg in the house.
Cuca got fatter and more and more she looked like my mother-in-law.
At last, the time came when a rooster prowled her. A collaborating neighbor had an old chicken coop well hidden in his yard and also worked in a government chicken farm so he had access to the food that was also scarce and they had to sell the newborn chicks in the butcher shop at very low prices so that the people will buy them and raise them with their own food. My brother bought 10 of these chicks and they only grew to be adults. Two.
For our beloved Cuca was happy and happy with a male who wanted her among all the others and had her put a fertilized egg a day.
The moment came when Cuca hatched the eggs. We made a nest under the staircase on the roof and brought the eggs and Cuca who had already passed the love to the cock - I say.
Co-Co-Co warned us Cuca every morning but did not leave the improvised natural incubator. Co-Co- Co- we called her and she answered: Co-Co, as if to tell us that everything was fine.
And the day came when the chicks broke the shell and surfaced in the green courtyard with curiosity of new inhabitants, but if we approached they entered the copious fur of their mother who clucked like a good chicken that was.
We let them live. Some died of hunger or who knows what.
I explained to the children that life was like that. And that Cuca would still be pregnant again and bring to the world many, many new chicks.
The memory of the Cuca hen takes me back to the face of my beloved mother-in-law, CUCA, who never knew that our pet was the same as her.

CUENTO DE AVES,LA GALLINA CUCA BIRD TALE to tell us everything was fine. And the day came when the chicks broke the shell and emerged to the green patio with curiosity of new inhabitants, but if we approached they were introduced into the copious fur of their mother that clucked like a good hen it was. We let them live. Some starved or who knows what. I explained to the children that life was like that. And that Cuca would still be pregnant again and bring many, many new chicks to the world. The memory of the Cuca hen brings me back to the face of my dear mother-in-law CUCA who never found out that our pet was called her. DR ORLANDO VICENTE ALVAREZ URUGUAYAN CUBAN, GENIUS CUENTO DE AVES: LA GALLINA CUCA 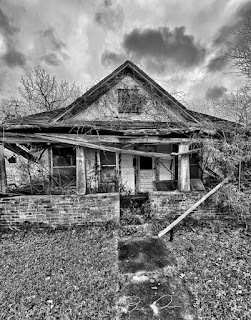 Posted by Orlando Vicente Alvarez at 9:34 AM No comments: