Humor: Raul Castro wants to be hated in Stgo of Cuba. 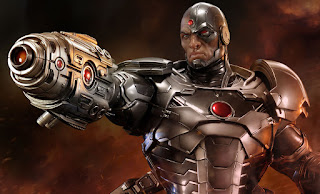 Raul Castro, in an interview with government media, said that what is most strange are cockfighting and scavenging by scavenger birds on his private ranch in realengo 18  in the mountains of Guantánamo. It cost him more than Fidel to stop smoking.
Now the power has gone to his head. He wants to be remembered more than Fidel. And that they walk it by all the island until the Great Stone, decorating the stone with a thought:, "Here lies the second brother of Fidel but the one that had more balls"
They had spent decades humiliated and even said "dad" to Fidel in a speech. But now his revenge arrives like the ancient pharaohs. He wants to be buried with his living lover and a bowl of water so that she dies of starvation.
And poor Vilma Espin is left alone in the pantheon of the FAR.-the woman ate his legs and arms so corrupted  that she died soon-

Nothing, that the guy in his senile dementia has gone up the smoke and leaves an heir who will follow his same steps without changing anything.

It is the story of a teenager who saw his friends boast that they had two eternal condoms in their pockets.
At last he had his first girlfriend and he was burning for making love.
He went to the pharmacy and waited for the pharmacist man to come out, but at the same time the pharmacist left and came a woman.
Self-conscious, he was asked what he wanted. His tongue stuck and he said stammering:
-A one with ... with ... a con...con... conservative, please.
The pharmacists looked at each other and said:
_A conservative of what? You mean a condom, it's not like that, "said the man.
· That, that ... a pre ... preser ... va ... tivo.
Once the demand was satisfied, the boy was perplexed where he would hide it from his parents' sight. It occurred to him to put it on the tip of the shoe that in those days were leather and he put the stockings on top to be sure.
When the big night came, in a dark park full of trees they got excited and when the boy was very hot he wanted to take off the condom but had to undo shoelaces and take off his shoe.
The act was brief. When they finished - two minutes later, the boy was without a shoe and the girl complained that her parents were going to kill her.
At last the boy found the shoe and the middle one among the brush.
At two months: pregnancy, but everything was resolved with a fast wedding.
A boy was born.
As the condoms had two butterflies in the front. The baby was named Papillon.
Moral: never trust the Chinese condoms that were the only ones that entered Cuba in those times.
DR ORLANDO VICENTE ALVAREZ
URUGUAYAN CUBAN,GENIUS
Posted by Orlando Vicente Alvarez at 11:34 AM No comments:

SATIRIC HUMOR: LETTER TO A BLUEBIRD AND EMPTY JOURNALIST,

LETTER TO A BLUEBIRD AND EMPTY JOURNALIST OF FACEBOOK.

Any coincidence with a certain journalist is pure coincidence. Who does not know who was François Mauriac Novel prize of literature there 'for the 50' and who was Catholic, He wrote well but too boring and incoherent:

At first, the universe was only dark matter but God - which is eternal - a giant gas was sent in its fight with Satan - and created the galaxies and nebulae, including solar system with the earth.

My aunt Figuera, a good-sized Galician, put a candle in the bathtub on the anniversary of each deceased relative. We children learned the date of each death of the ancestors, because that day we did not bathe and we smelled fried Hot dog all day.
.
My grandmother, the river Guaso, grew up and brought her the house - with grandfather and everything - and she did not spill a tear.

I do not know if they remember the autobiography of Ricardo Arenas where a Cuban official writer sits on a light bulb. They had to operate and everything. He also does the same but he could not get it out because of that at night it short-circuits and the backlight is illuminated like a firefly.
Posted by Orlando Vicente Alvarez at 6:20 PM No comments: 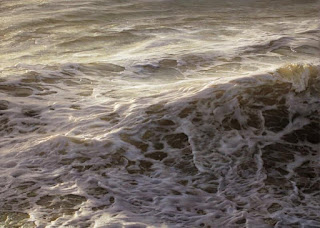 When I was a young doctor in the province of Guantánamo. They sent me to San Antonio del Sur, a municipality adjoining the Caribbean Sea. When a boat full of Haitians ran aground on the reefs, they sent me with an expert assistant in Epidemiology.
I was not allowed to touch them just examine them in the eye of a good player.There were about 50 Haitians going to Miami. We went down the cliff and forced them to undress - men, women and children - and a fumigator sprayed them with white milk - Difterez - from head to toe. They painted them white.
The PCC authorities threw banana bouquets from above as if they were infected or were going to eat us alive. Then they forced us to collect all indications of their presence: cans, threadbare clothes and all traces of them and burned them.That was communist solidarity.
Then came an older Cuban ship and towed them to the high seas to continue on their way. And they forced us to keep the secret. That's why I sometimes say that I'm not Cuban: I'm Haitian.
DR ORLANDO VICENTE ALVAREZ
CUBAN URUGUAYAN
GENIUS


http://orlandoescritorynovelista.blogspot.com.uy/
Posted by Orlando Vicente Alvarez at 1:11 PM No comments:

Buscar
Posted by Orlando Vicente Alvarez at 5:23 PM No comments: