#music #rock #youngs #mode #stile #disco AHH ... THE DECADE OF THE 70 IN GUANTÁNAMO,CUBA 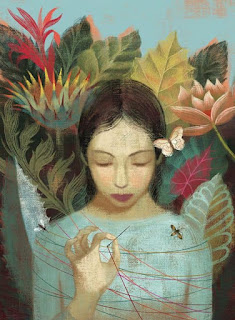 It was the glory days of our lives. It was a very special decade, especially when we were in pre-university and we were grouped in tribes. The girls were Catholic, white, pretty and formal. They were the best grades and they were quiet and well-groomed. Some of their pride did not allow the males with the cojones well put near them. Some had boyfriends of years superior and so haughty as they.
Another tribe were the girls in the pile where black, jabas and mulattoes existed. Here there were some with fame of futas and lesbians. This tribe was the largest, they got bad grades and it was the group that organized the private parties on Saturday nights and dressed in style. It was the time of the hairstyles spell droons, in men their heads looked like balls and their bell-bottoms and tight shirts seemed out of the top of a vinyl.
But those of us who truly felt like Gods were the ones who listened to AFRTS, the American naval station that listened perfectly throughout Guantanamo and put the Hit Parade on Sundays and updated music every day. There was always someone who recorded that American music that made us crazy. There was also American television that looked nebulous but allowed us to watch the Soul Train dance program that taught us the style that those times were being danced in America.
Someone always brought some drinks to brighten up the atmosphere. Disco began and our youth, our eagerness to live, our unconcern, made us spin and spin as if we were the owners of the world.
The decade of the 70 in Guantanamo was unique in all the island of Cuba. I know it's only rock'n'roll but I like it, that song will be in my teenage memories when we thought we were the owners of the world.
DR ORLANDO VICENTE ALVAREZ
CUBAN URUGUAYAN
GENIUS
Posted by Orlando Vicente Alvarez at 9:31 PM No comments: